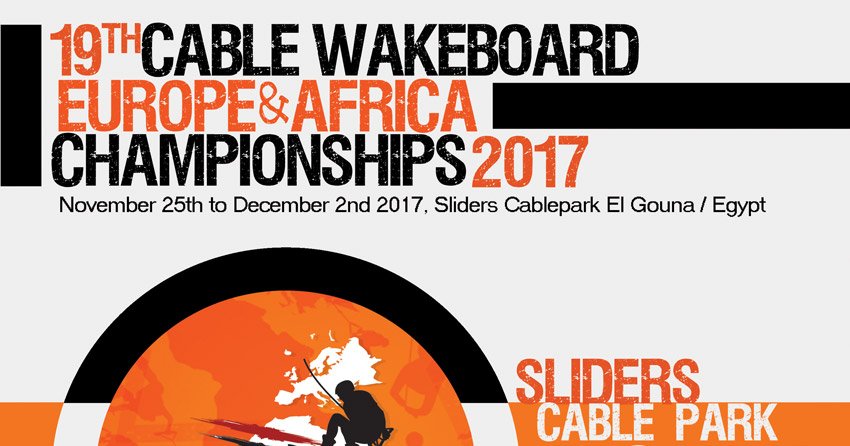 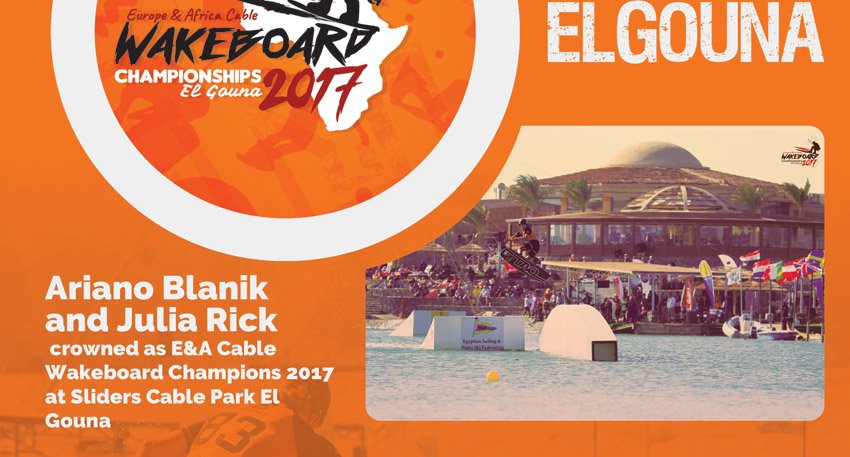 Ariano Blanik and Julia Rick crowned as E&A Cable Wakeboard Champions 2017 at Sliders Cablepark El Gouna
During the last weeks of November 2017, Sliders Cable Park hosted the 19th Wakeboard & Wakeskate Europe and African Championships. For the first time in history, this event was held on the African continent.
While the first part was dedicated to the junior and senior competitors, it was time for the open categories to hit the water. And it could not have been more exciting for the passionate audience, as the level of riding was just insane. Also Poseidon showed mercy, as it was less windy than the days before. Making it easier for the rider to perform on the highest levels of tricks.
The current European champion in “Open Women” Julia Rick (GER) made a clear statement with a well-balanced and clean first lap. Her run consisted of a Mobius, the Raley FS 360 in both directions, her signature Frontflip to blind with tail grab different 540s and over the kickers and some solid tricks on the rails. None of her opponents could quite catch up to, even not Sanne Meijer from the Netherlands, although she was riding awesome too.
Sensationally 14 years old Marina Kacheeva (RUS) repeated her winning run from the Junior Ladies competition, performing Toeside Raley, Mobe and solid feature hits. That was enough for the third position and her second medal during the championships.
The Open Men Wakeboard finals put on show that reflects the next-level progress the sport is undergoing. Almost every rider had a stand-up run. As expected, Ariano Blanik (GER) and Timo Kapl (AUT) made it really tough for the judges to decide, who deserves the E&A title the most. Timo impressed with a backside 900 on the kicker, followed by an unbelievable S-Mobe with grab and KBBs in both directions, but in the end it was Ariano Blanik’s run the judges voted for gold.
In the Open Ladies division the young, amazingly talented Telma Cester (ESP) missed the title, as this time it was Zuzana Vrablova (SVK) showing more intensity on her flat-tricks, which put her on top of the podium. Elisa Constanzo (IT) had a clean stand-up run too and made it on third position.
Upon the Open Men wakeskaters it was current E&A world champion Clément De Prémoville earning the gold medal, performing an insanely intense and technical run including Frontside –Flip and Kickflip combined with great feature hits, always branded with his unique style. Julius Lang (SVK) did the same two flip-tricks and Shuvit over the last kicker but couldn’t impress the judges as much as Clement, which made him ending up on second place. David Lang (AUT) finished on third place, showing constantly high level of riding throughout the whole competition.
Unfortunately France’s Wakeboard Seated rider Jerome Elbrycht suffered an injury during the official training and was not able to compete in the finals.
Kevin Lindner (GER) and the current E&A and World Champion Emanuele Meme Pagini (ITA) made an awesome show. Meme successfully defended his title with a crazy run doing a transfer towards the rainbow box, spinning over the complete A-Frame of the Funbox and blasting a 540 over the kicker. Kevin unluckily crashed on his Backroll over the kicker, but was more than happy with his silver medal.
The 19th E&A Acle Wakeboard Championships in El Gouna ended up with an insane party at Du Port Pool Club. It was a great event on super nice location, perfectly hosted and organized.
Facebook: https://www.facebook.com/WakeboardChampionships/
Hash tag: #eawakechamp2017
Web Sliders Cablepark: www.sliderscablepark.com 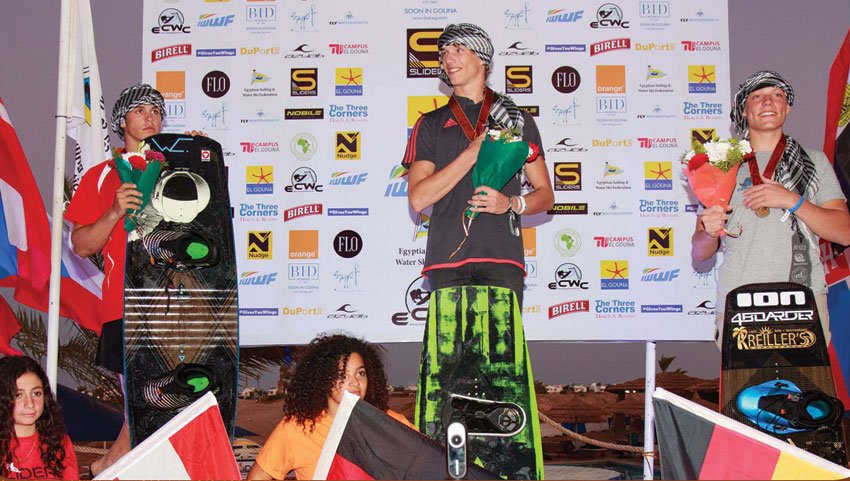