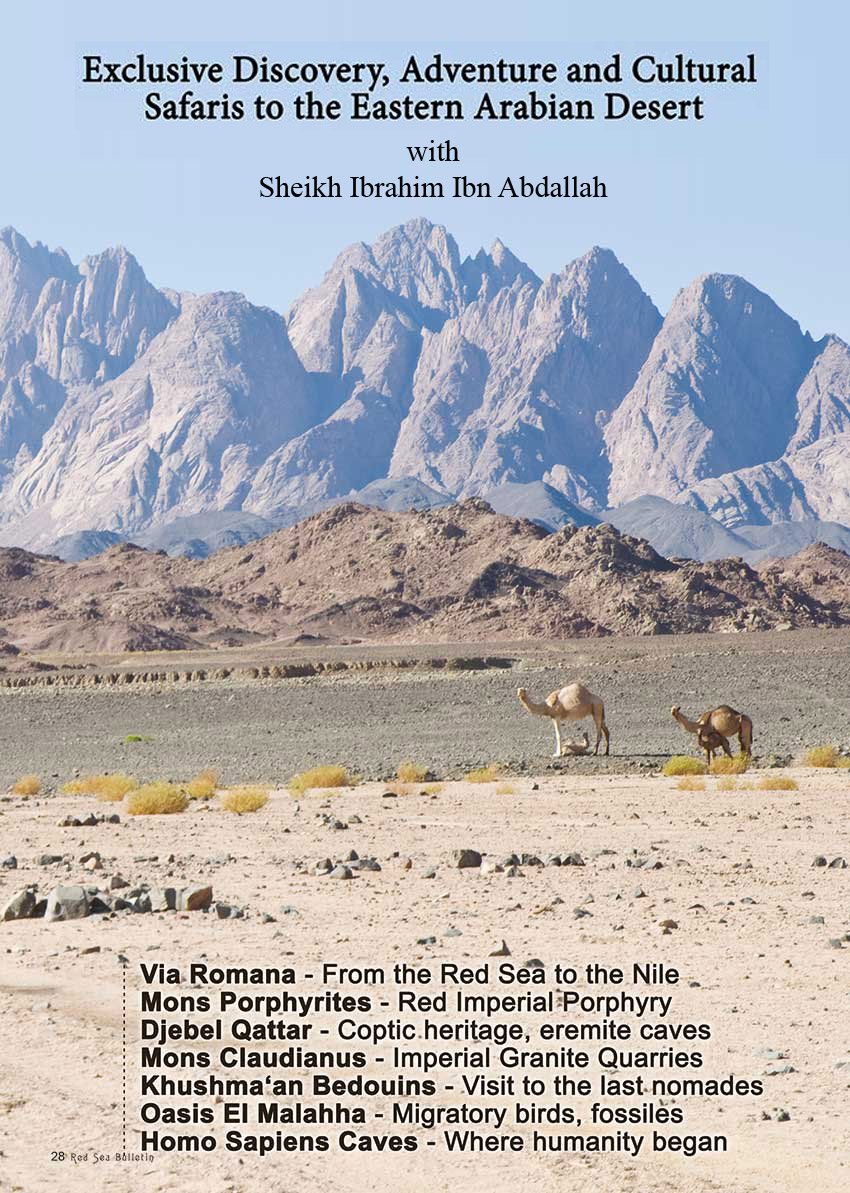 All excursions are planned and organized by Sheikh Ibrahim Ibn Abdallah (Swiss citizen Pierre André Jean), a scientific explorer of the Eastern Arabian Desert, in co-opertaion with Sheikh Abdel Zaher, the oldest sheikh of the Khushma‘an Bedouin tribe. The Khushma'ans live in the area since 1790, and have the usage rights for a territory of 22,000 square kilometers between the Red Sea and the Nile.

From Magdeburg to the Porphyry Mountains

Hiking Trip to the Porphyry Mountains

Location of the base camp for the safaris: