is an award winning photojournalist that specializes in underwater photography.
To get such gorgeous shark shots, Botelho spent three months, at least five hours a day, looking through a camera lens. Shark smile
A breach captured less than 4 feet from the great white shark in Shark Alley off Gansbaai, South Africa, with the shark's body emerging from the water. During a breach, the power of the shark's strike can lift its entire body clear of the water. A sunrise breach
Daniel Botelho spent several days waiting for a shark to breach in just the right position against the backdrop of the rising sun. 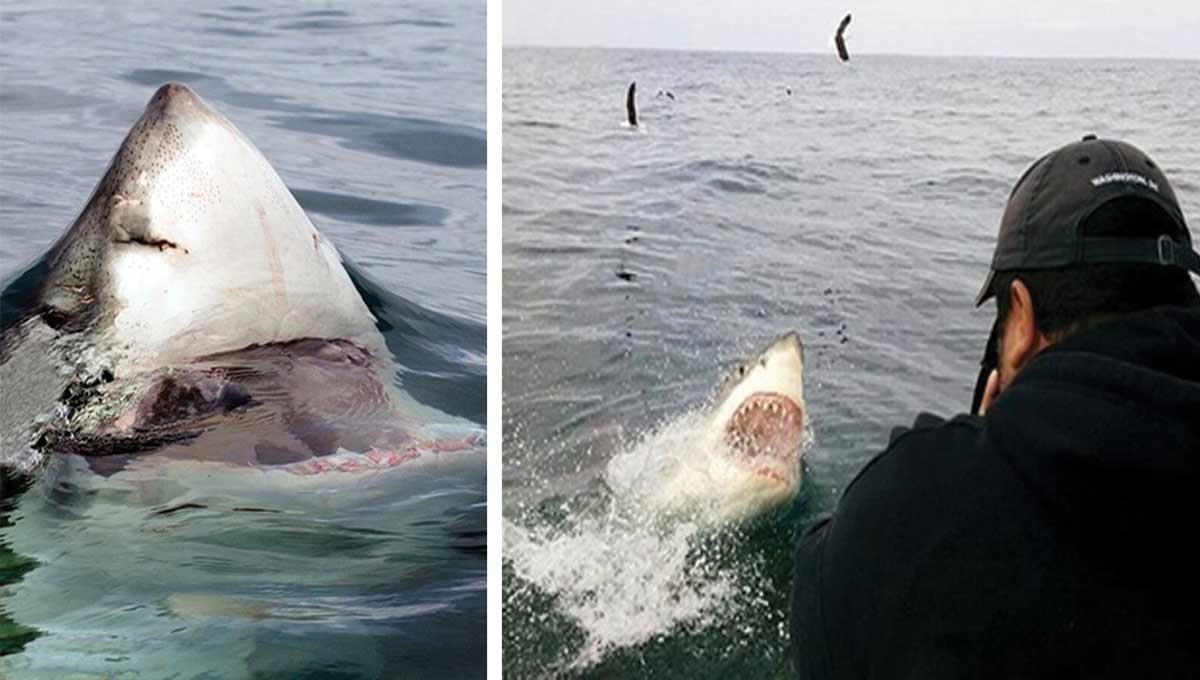 In a split second
Capturing these breaches of Great Whites, which happen with no warning, is never an easy task. In this shot, Botelho snags a view of the half-second before the breach, at the moment when the great white shark is breaking the surface to strike its prey. Wow! It is Impossible! 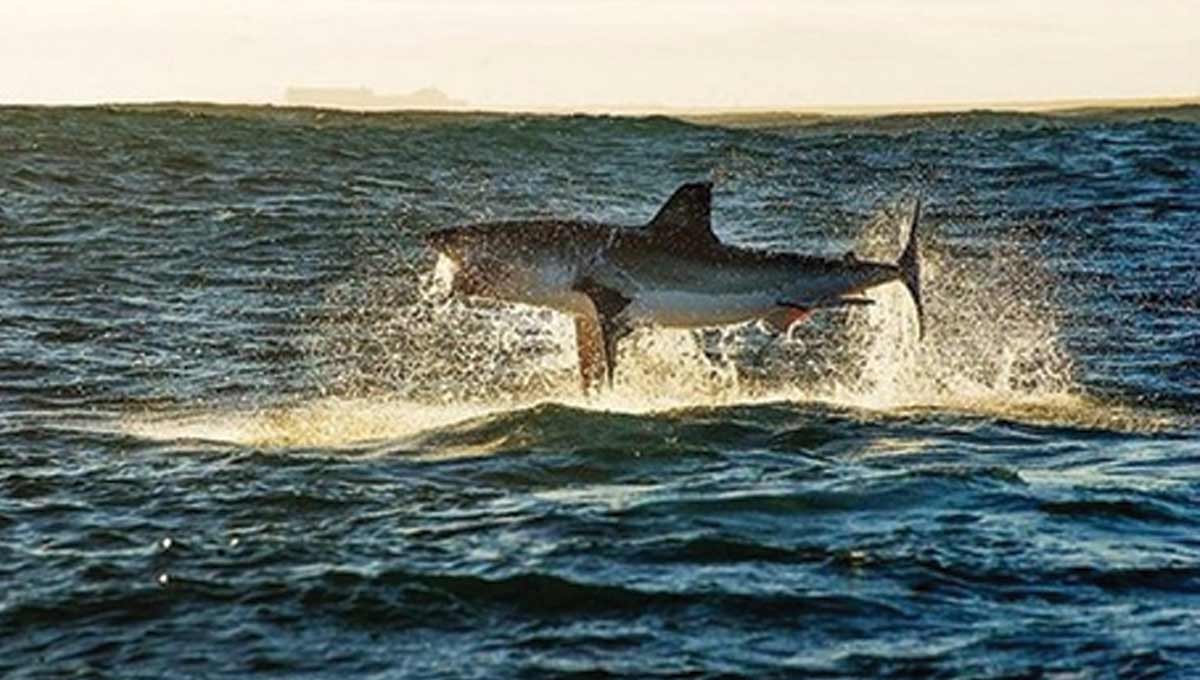 Out of the water
During a breach, the power of the shark's strike can lift its entire body clear of the water
Botelho capturing an image of a great white shark. (Photo Credit: Ane Calixto) 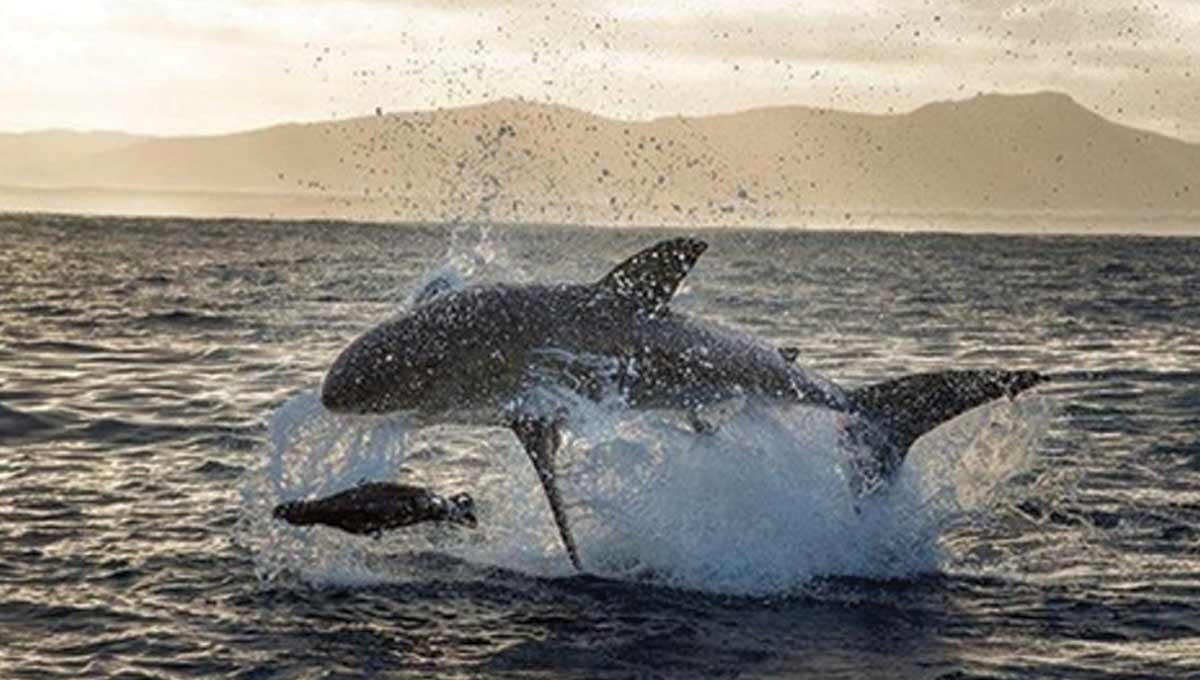 Stunning!
Amazing image of great white sharks breaching off, launching their 3-ton bodies from the water to grab seals. Great whites rely on a forceful first blow to stun or kill a seal. The strength and speed of their attacks sometimes result in breaches where the shark appears to "fly" horizontally through the air. 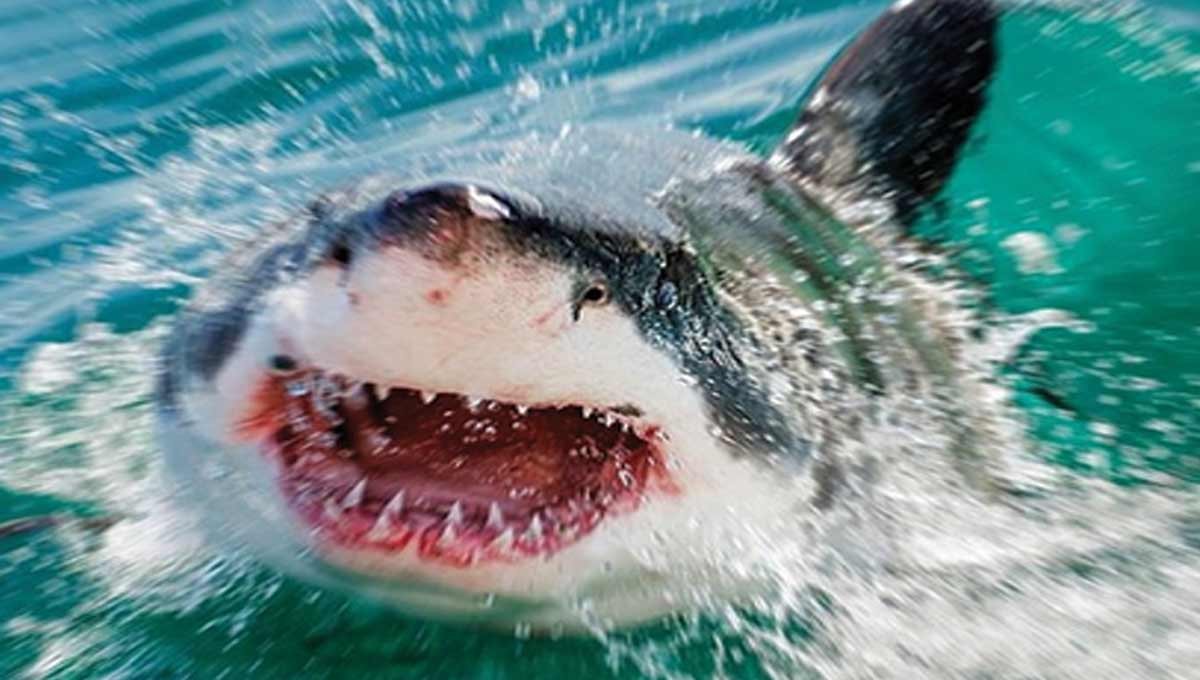 Face-to-face
The photographer comes face-to-face with a great white shark in full breach. Friendly encounter
Botelho has never used a cage when capturing his water shots, like this one where he's up-close to a great white off the coast of South Africa. He's logged some 160 hours underwater with sharks, sans any cage.
(Source: LiveScience)