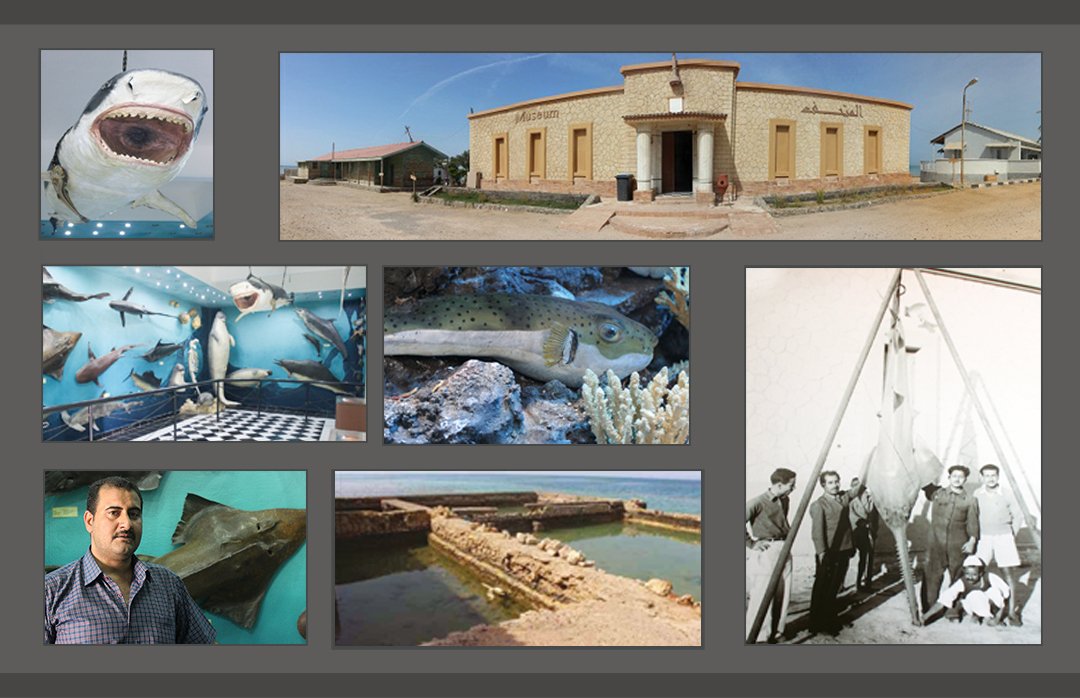 Hurghada is well known for its white sand beaches and picture-perfect coral reefs, but it’s also home to a little-known science institute that documents the history of the Red Sea’s underwater secrets. The first of its kind in the Middle East, and the only one for 30 years, the marine biology station is composed of a research center, two museums, an aquarium and a dusty, but valuable library. British professor Cyril Crossland established the station in 1928 when he headed a team of scholars from the faculty of science, King Fouad I (now Cairo) University on a sweeping sea journey along the Red Sea coast. They chose the station’s surreal spot in the corner of Al-Suez gulf Northern Hurghada for its isolation from the hassle of human activity and the presence of a diverse biological ecology. In the 1930s, Hamed Gohar made the center his personal rest house and research facility. Nicknamed “King of the Red Sea”, Gohar cared so much about his scientific haven that he was concerned about how the food’s scent might affect any treasure inside. There is no kitchen in the rest house, which has now been transformed into a second museum. Instead, his food was cooked outside in a place upwind. Born in 1907, Gohar was a medical student whose passion turned into oceanographic studies. He was the first oceanographer not only in Egypt but also in the Arab world. He earned his D.Sc. from Cambridge after an unsupervised eight-year research on the Xenia corals in Hurghada. He had his own show called “The World of the Seas” aired weekly for 18 years. His station is now part of the national institution for oceanography and still used as a research center. Now his haven is deteriorating. The station is not only suffering from the evident negligence of its scientific significance, but also a lack of touristic exposure. The station’s belongings were considered garbage and about to be terminated! “We want to stimulate cultural tourism, not only coastal tourism,” said Baher Ezzat, who manages the station. Entering the museum is like taking a peek into the fascinating underwater world of the Red Sea while learning about its natural history and composition. The professor solved the popular mythology of mermaids at this institution when he verified in 1942 the continued existence of a sea mammal that is anatomically similar to human beings, called the dugong, 100 years after the last specimen was recorded. During historical sightings of the dugong, sailors had confused them for mermaids. The museums are filled up with various mummified species including sharks, moon fish, birds, and corals, most of which were caught by the professor throughout his career. They showcase a three meter manta ray shot by General Abdel Hakim Amer in 1954 and a two meter turtle. As old as the scientific station, there are dried up plant samples and various sea species preserved in formalin like turtle eggs, shark fetuses, innards of male and female dugongs, and sea cucumbers, all still in perfect condition. There is also a photo gallery of various glorious moments in the life of Gohar. In the museums lay Gohar’s old diving suit, research boat and his complete laboratory. It is also has some of the belongings of French award-winning Naval Lieutenant and researcher Jacques Cousteau.

Cousteau, who also co-developed the Aqua-lung (now known as SCUBA) and pioneered marine conservation, presented the professor with a primitive compressor and two tubes for diving. When the station was first founded, King Fouad gave it his library, enriching it with thousands of books In the library, there are three original volumes of the classical Description de l’Égypte (The Description of Egypt), the work of approximately 160 scholars and scientists, and 2,000 artists and technicians. More than 20 volumes enclosed scientific descriptions of ancient and modern Egypt, as well as its natural history following Napoleon Bonaparte’s expedition to Egypt in 1798. There is also a 106-year-old map for the Nile basin, and a two-part atlas that previously belonged to Egypt’s King Farouk I.

The station also encompasses a cave-themed artificial aquarium with 26 tanks filled with 35 different species. The land itself needs to be registered with the Ministry of Scientific Research or designated as a research site under the Red Sea Governorate. That cannot happen unless the people who have built homes on the land leave. The current head of the institution, Mohamed Abdel Wahab, said that there are ongoing negotiations with the governor in order to solve any potential problems that might end up hindering the development of the place. The Red Sea governor Ahmed Abdullah promised to take care of the place. Original Source: Daily News Egypt (Photos & content by Aya Nader)