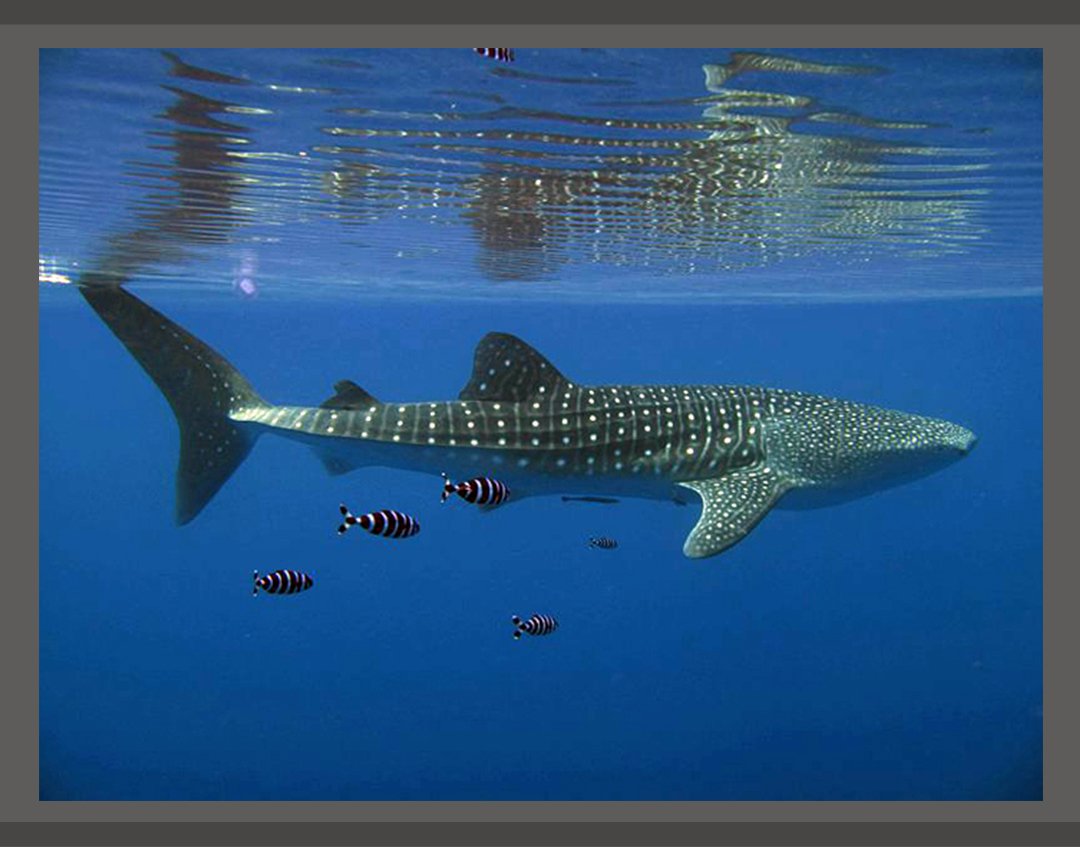 The whale shark is the largest shark and the biggest fish. It is NOT a whale. It has a huge mouth which can be up to 4 feet (1.4 m) wide. Its mouth is at the very front of its head (not on the underside of the head like most sharks). It has a wide, flat head, a rounded snout, small eyes, 5 very large gill slits, 2 dorsal fins (on its back) and 2 pectoral fins (on its sides).

The spiracle (a vestigial first gill slit used for breathing when the shark is resting on the sea floor) is located just behind the shark's eye. Its tail has a top fin much larger than the lower fin.

The whale shark has distinctive light-yellow markings (random stripes and dots) on its very thick dark gray skin. Its skin is up to 4 inches (10 cm) thick. There are three prominent ridges running along each side of the shark's body. This enormous shark is a filter feeder and sieves enormous amounts of plankton to eat through its gills as it swims.