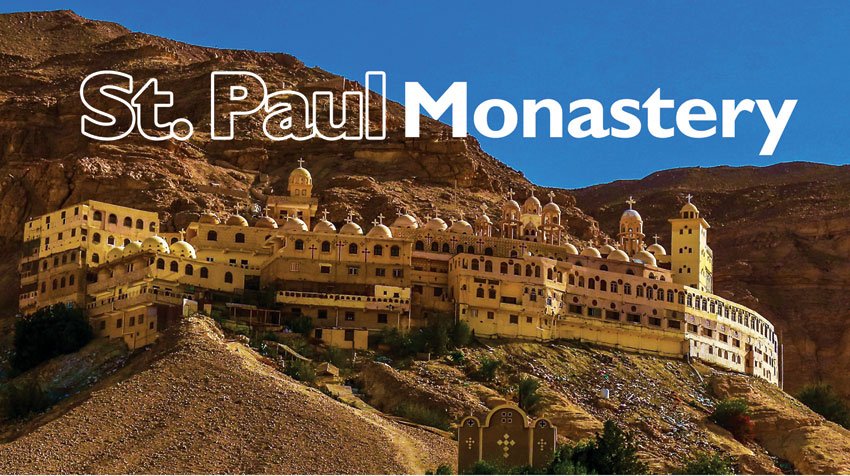 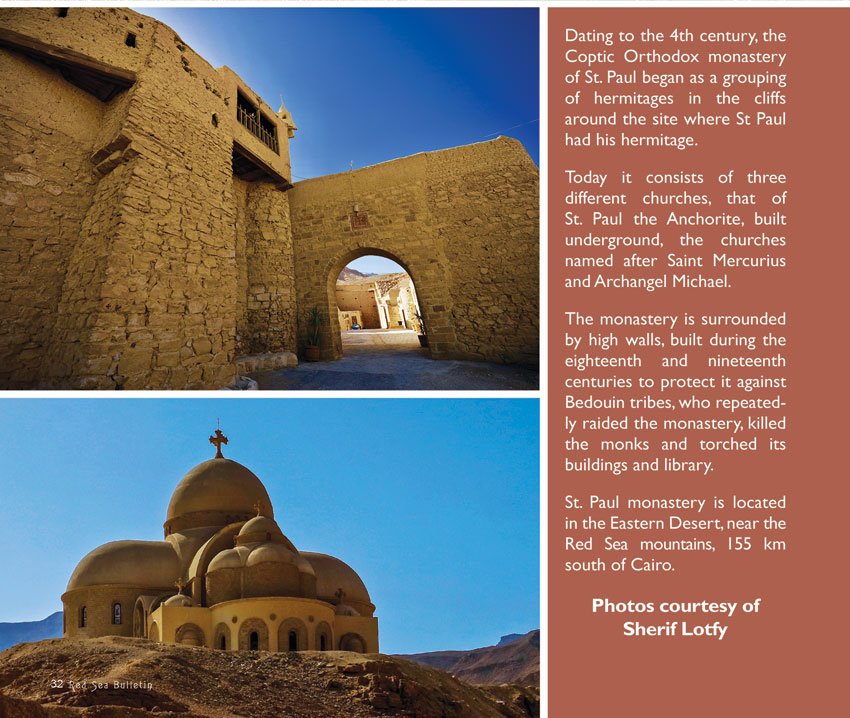 Dating to the 4th century, the Coptic Orthodox monastery of St Paul began as a grouping of hermitages in the cliffs around the site where St Paul had his hermitage. Today it consists of three different churches, that of Saint Paul the Anchorite, built underground, the churches named after Saint Mercurius and Archangel Michael.

The monastery is surrounded by high walls, built during the eighteenth and nineteenth centuries to protect it against Bedouin tribes, who repeatedly raided the monastery, killed the monks and torched its buildings and library.

St Paul monastery is located in the Eastern Desert, near the Red Sea mountains, 155km south of Cairo.