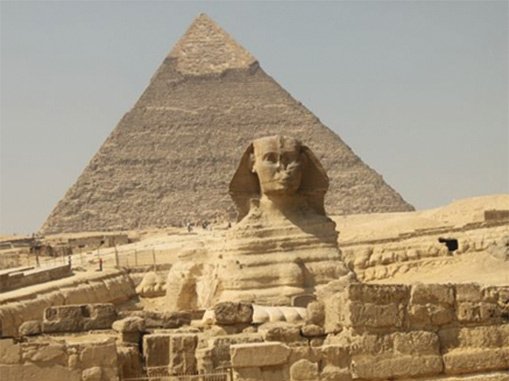 The year 2016 will be the year of the pyramids, as the Antiquities Ministry will embark on a scientific exploration project of the pyramids in November, said Antiquities Minister Mamdouh al-Damati in a press conference at Mina House Hotel in Giza. He described the project as "unprecedented". The ministry will explore the pyramids by using the latest technology to prevent harm to the monuments. It will be implemented under the supervision of the ministry, in coordination with the Cairo University Faculty of Engineering and scientists from France, Canada and Japan, according to the minister. The project highlights four of the most important monuments of the Fourth Dynasty (2575-2465 BC) in the Dahshur area, which lies about 15 km south of Saqqara. The team will examine the southern and northern pyramids built by King Snefro, in addition to the pyramids of Khufu and Khafre built by Snefro's son and grandson. The project's slogan is "Not because it’s a 4,500 year-old mystery does it mean it will not be discovered." The press conference was attended by Tourism Minister Mohamed Hisham Zaazou, whose ministry will promote "The Year of the Pyramids 2016" starting November 2. It is expected that the event will improve cultural tourism in the country.
(Sourse: Al-Masry Al-Youm)