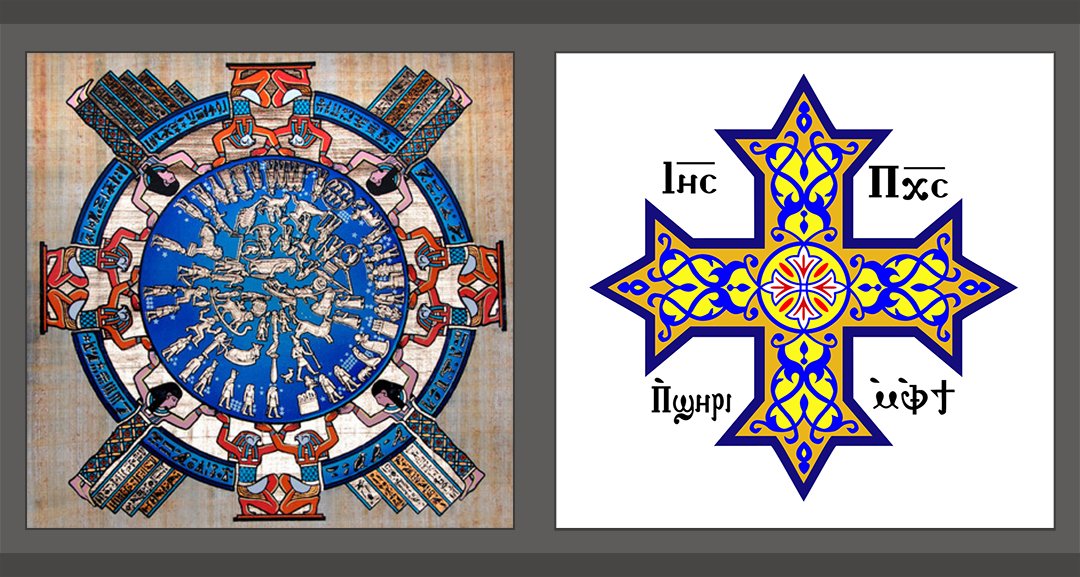 The Feast of Neyrouz marks the first day of the Coptic Calendar known as the Year of the Martyrs "ANO MARTYRUM, A.M." Its celebration falls on the 1st day of the month named Tut, the first month of the Coptic year, which usually coincides with the 11th day of September.

The Coptic calendar, the oldest in history, originated three millennia before Christ. The exact date of its origin is unknown. It is believed that Imhotep, the supreme official of King Djoser C.2670 BChad a great impact on the construction of the calendar.

Historically, ancient Egyptians initially used a civil calendar based on a solar year that consisted of 365 days only, without making any adjustment for the additional quarter of a day each year. However, they knew an astronomical calendar which is based on a concept namely the heliacal rising of a bright star called Sirius "Canis Major, the Dog Star" at the dawn of the eastern horizon. The day the heliacal rising of Sirius marks the first day of the year. Sirius or Sothis, in ancient Egyptian, is characterized by high luminosity as a member of the constellation Canis Major. It lies about 8.6 light years from Earth. The first day coincides with the highest point of the Nile River flood at Memphis, the capital of Egypt during the early dynastic period of the old kingdom.

Discrepancies in the length of the year underwent complex calculations considering stellar, solar and lunar cycles. Ancient Egyptians realized that the helical rising of the star Sirius, or Sothis, coincides with the new year's day of the civil calendar precisely every 1460 years. This cycle is known as the Sothic cycle. A record exists in the 3rd century A.D. by grammarian Censorinus in A.D. 139, the first day of the Egyptian Civil Year coincided with the helical rising of Sirius, marking the end of a Sothic cycle. This phenomenon was celebrated with the issuance of coins which on the back appears the Greek inscription A ION. Egypt at that time was under the Roman Rule of Emperor Antoninus Pius. It was a time that eternity was personified and deified. A relief of the deity Aion was found in Oxyrhnichus, present day el-Bahnasa in middle Egypt. This ideology found its way into Persian Mithraism and Gnosticism.

Similar sightings were recorded in the 7th year of the reign of King Senuse'rt the third (1878-1841 B.C.) of the third Dynasty. The date of the event was the 16th day of the 4th month of the 2nd season. Discrepancies between the yearly stellar cycle and solar cycle were realized along the course of centuries or millennia. The difference is very slight, however, along the course of time it became visible and chaotic.

It should be noted that ancient Egyptian Civil Calendar relates to regal years of each king and their Dynasties. By counting forwards and backwards the chronological order was then related to three helical risings of the star Sirus mentioned above. By the year 664 B.C., the beginning of the 26th Dynasty (Saite Period) Egyptian chronology became more accurate. However, in spite of the stories mentioned above, the subdivision of the year into three seasons based on the regular River Nile flood and agricultural activities namely, inundation of the river Nile "Acht", sowing "Bert" and harvesting "Shemmo", remained accurately observed along the millennia. This subdivision possibly occurred during the Ramesside period of the 19th Dynasty.