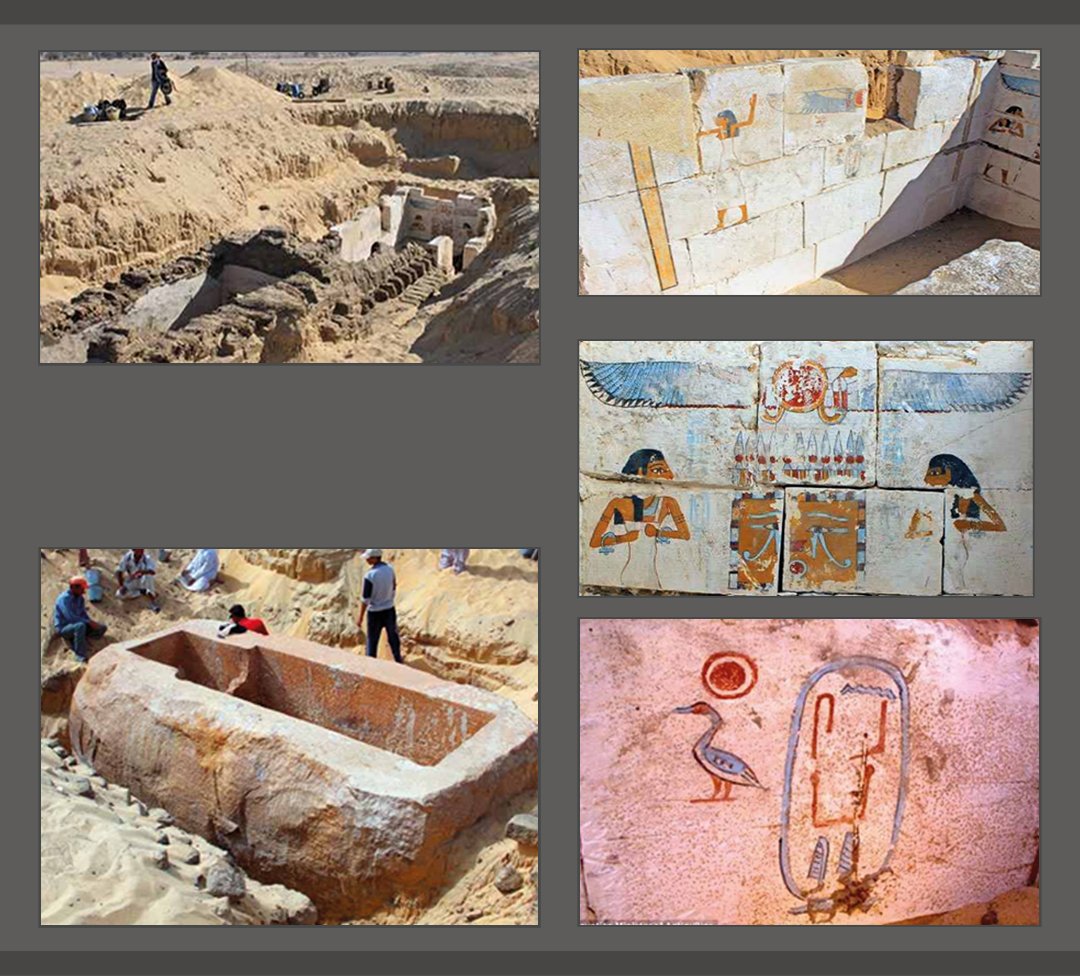 In January 2014 archaeologists found the tomb of a previously unknown pharaoh called Woseribre Senebkay. The tomb was discovered at the Abydos archaeological site near Sohag in Egypt, 300 miles south of Cairo. The skeleton of Senebkay was found in a 60-tonne sarcophagus chamber made with hieroglyphics proclaiming him "king of Upper and Lower Egypt, Woseribre, the son of Re, Senebkay." This tomb is the first evidence of the Abydos Dynasty that apparently thrived 3,600 years ago during an ancient time called the Second Intermediate Period. "It's exciting to find not just the tomb of one previously unknown pharaoh, but the necropolis of an entire forgotten dynasty," said Dr. Josef Wegner of the University of Pennsylvania, who led the expedition and who's been digging at the site since 1994.

King Senebkay ruled around 1650 BC during a time between the end of the Middle Kingdom and the start of the New Kingdom when central authority collapsed and small kingdoms such as Senebkay's sprung up. Confusingly, there were other dynasties that held sway during this time in the larger kingdoms of Thebes (Dynasties 16–17) and the Hyksos (Dynasty 15) in northern Egypt. The pharaohs of the Abydos Dynasty were forgotten to history and their royal necropolis unknown until this discovery. Senebkay was originally mummified but his body was pulled apart by ancient tomb robbers.

Since then, his skeleton has rested undisturbed for millennia. It is estimated that the ruler was aged around 45 when he died and measured 185 cm. According to Wegner, Senebkay's giant quartzite sarcophagus chamber came from a royal tomb built originally for a pharaoh called Sobekhotep I, who lived around 150 years before. In fact, the cedar wood canopy of Senekbay's tomb carries the name Sobekhotep. The new discovery could lead to the discovery of more pharaohs and could help piece together the gaps in knowledge about the rulers of Ancient Egypt.