The mystery of the “Screaming Mummy” 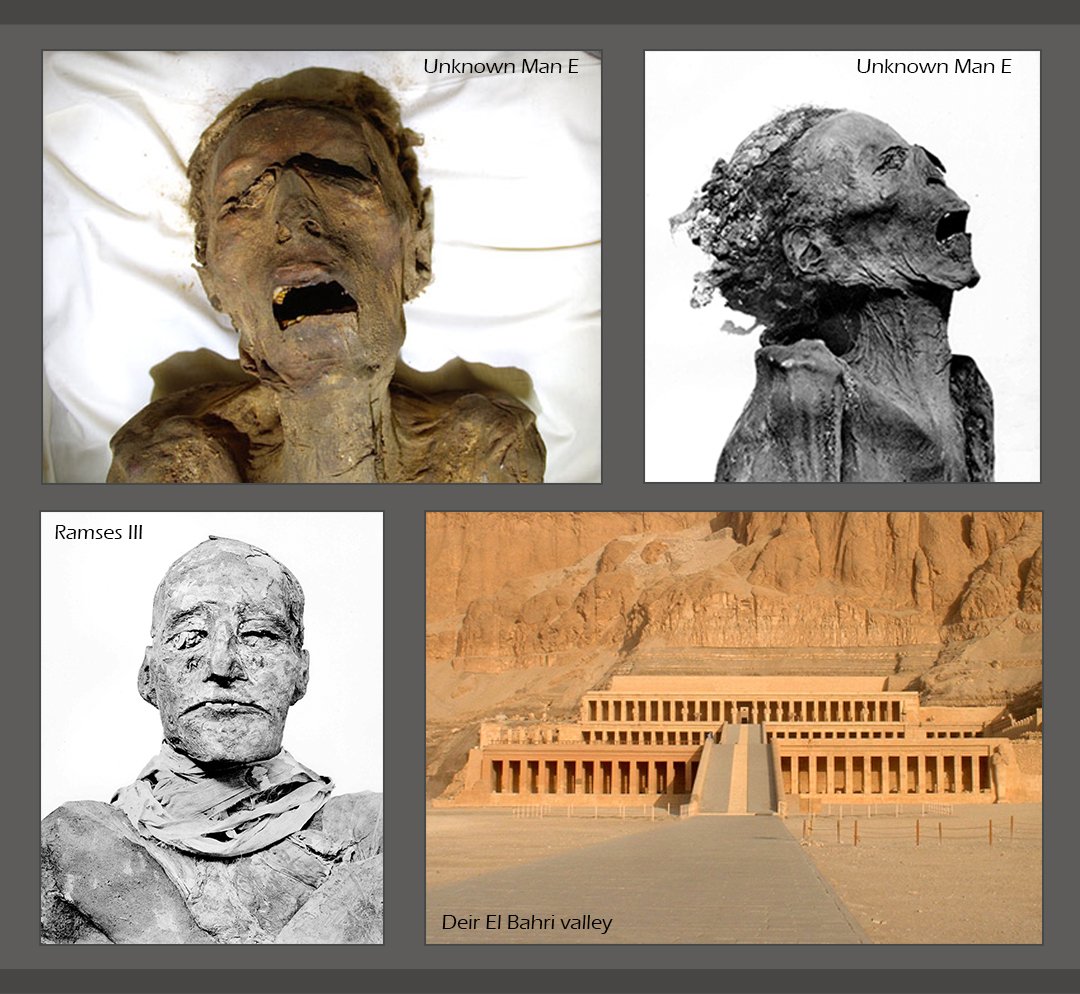 Known as the “Screaming Mummy” and “Unknown Man E” due to the man’s agonized expression and his open jaw, Egyptologists finally believe that they have identified the riddle of the Egyptian mummy believed to be Prince Pentewere who was suspected of plotting the murder of his father, Pharaoh Ramses III. After recent extensive examinations of the mummy, which is located in the Egyptian Museum in Cairo, but was found in 1886 in an unmarked coffin in the Deir El Bahri valley, 300 miles south of Cairo, this has given archaeologists the chance to piece together a fable of attempted murder, suicide and conspiracy.

Theories have been proposed about the mummy’s cause of death including that he had been buried alive, poisoned, or indeed that he was a murdered Hittite prince from the reign of Tutankkhamen.On the whole it is now agreed by the archaeologist community that mummies commonly are discovered with their jaws open, resulting from their heads falling back after death.The opinion that this was in fact a murdered Hittite prince has been ruled out as there is no way that the Egyptians would have mummified his remains, rather they would have hastily disposed of the body.

However the theory of poisoning has not been completely ruled out.Until now, today, nearly 130 years after his body was first uncovered, a team of scientists has brought the wonders of modern forensic techniques to bear on the enigma. Using sophisticated-technology, including CT scanning, Xrays and facial reconstruction, to examine the mummy, they uncovered tantalising new clues that could reveal his identity.Man E, some academics believed, was just such a prince, one who had travelled to Egypt to meet with his new bride and befallen a cruel and murderous fate. Yet today's forensic findings seemed to dispute this theory: a modern 3D scan showed the mummy had been completely eviscerated, as was customary for important Egyptians. This man has been sitting in the Cairo Museum waiting for someone to identify him. Now they really do believe that this unknown man is not unknown any more.