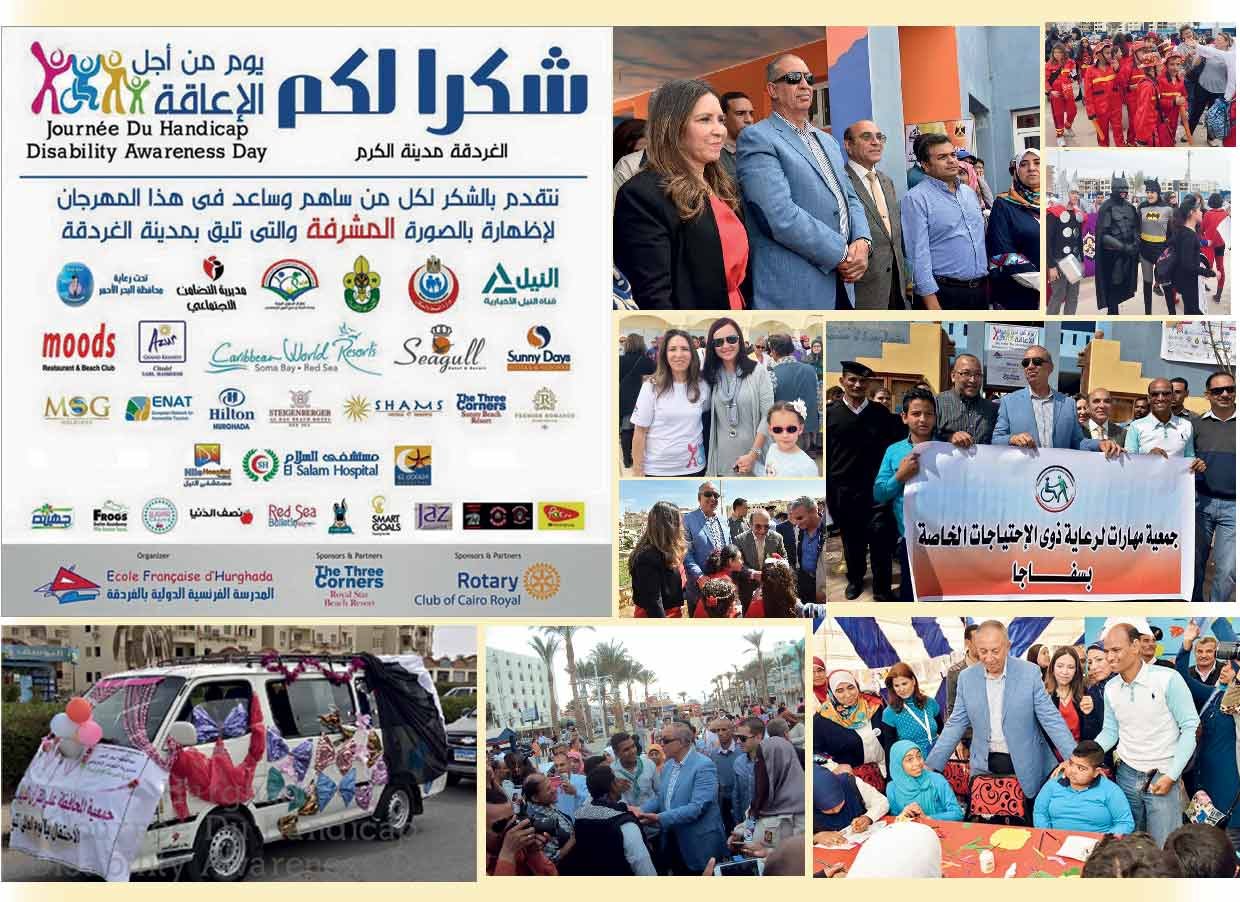 The event was organized by the French International School with support from the Red Sea Governorate, The Three Corners Management, Rotary Clubs and many other local hotels and companies. The French International School has a class with children with special needs. This event helped a lot to raise awareness about people with varying disabilities, and rare diseases.

Lots of activities were organized inside the school and outside , as a carnival for the children and adults with folkloric entertainment, an elaborate parade on the main street of Hurghada with decorated cars from different hotels, and a ceremonial march. 

General Ahmed Abdulla, Red Sea Governor took an active part in this event and joined the street parade along Mamsha. Everybody was exuberant with emotion!

Many Thanks to all organizers, supporters and active participants!