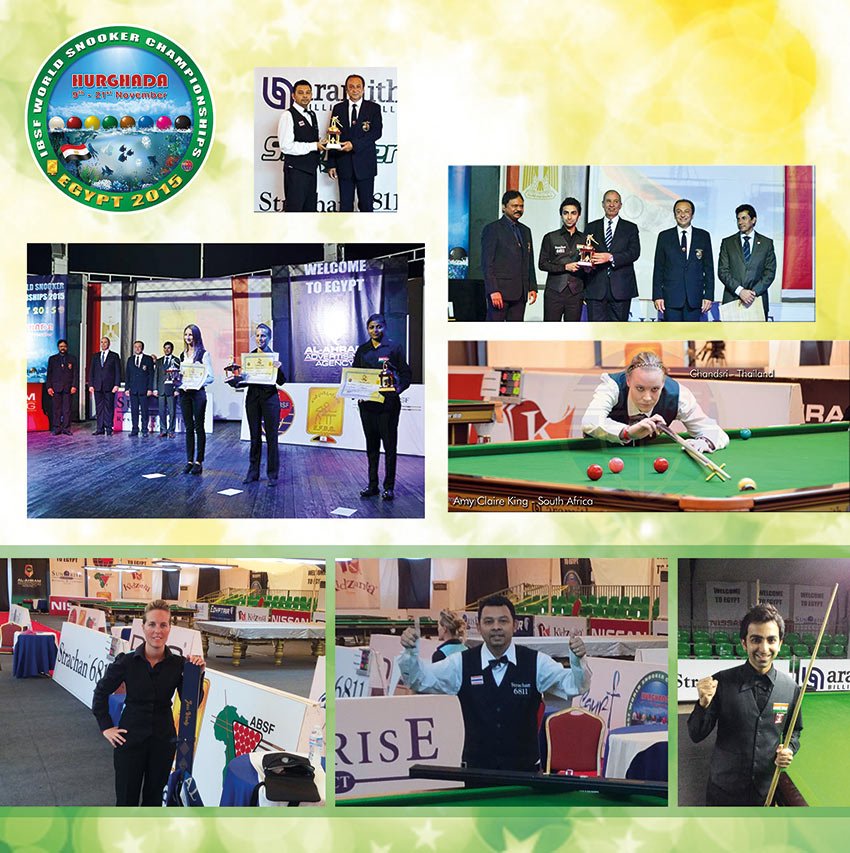 Another international event took place in Hurghada, Red sea, Egypt in November.It proved one more time to the entire world that the Red Sea Riviera is safe for holidays and open for any kind of event at any level.

After a wait of 12 years, Pankaj Advani from India wins again the IBSF World Snooker Title for the year 2015 here at Hurghada (Egypt). Though during these last year's he reigned supreme in billiards and 6 Reds having 14 world titles under his belt. In fact, he reached the final of World Snooker in 2010 at Damascus but lost to Detchawat Poomajaeng of Thailand in the final but today he focused and triumphed.
The semi-finalists, Ben Jones of Wales and Lukas Kleckers of Germany lost but shared the joint bronze.

Wendy Jans from Belgium succeeds to defend her title as the World Women Snooker. In the final, she beat Anastasia Nechaeva of Russia 5-1 to retain her title four times in a row and wins the fifth world title of her career.

The semi-finalists, Amee Kamani of India and Waratthanun Sukritthanes of Thailand lost but shared the joint bronze.

Phisir Chandsri of Thailand successfully defends his World Snooker Masters title defeating Jason Peplow 6-2 in the final. This is his third world title in a row from his début in snooker at Daugavpils (2013) followed by Bangalore (2014) and recently in Hurghada. The semi finalists, Alen Matic of Ireland and Mohammed Al Joaker of UAE lost but shared the joint bronze.