Chinese New Year 4711 - the Year of the Water Snake

Chinese New Year 4711 - the Year of the Water Snake

On the Western calendar, the start of Chinese New Year in 2013 falls onSunday, February 10.

The Year of the Snake is traditionally associated with robust good health. Sensuality will also be at the forefront with a definite air of seduction lingering throughout the year. Note, however, that special care must still be taken in 2013!

A certain conceit and complacency can set in among snakes within their year, so keep your legendary laser-like focus on a desired goal, and maintain your quick reaction to change, and you will eventually win the day.

In business, success will favor not only the energetic and quick-witted, but also those who can exhibit certain integrity with little care for the opinions of others.

Generally, the Year of the Snake is also associated with it a certain unpredictability as sudden calamities arise out of nowhere. To count this negative aspect, take precautions in the year ahead, whether this means living less extravagantly so you have enough funds to get you through a lean time, or prudently planning each step along a path to success.

Those compatible with the Snake — the Ox and the Rooster in particular — will also find 2013's circumstances inspiring them to greater personal happiness and professional success.

The traditional New Year dinner for the imperial house was composed of 99 dishes since the number 9 is an auspicious number! Fish are a good luck food, but take care to serve the fish whole to preserve the good fortune. 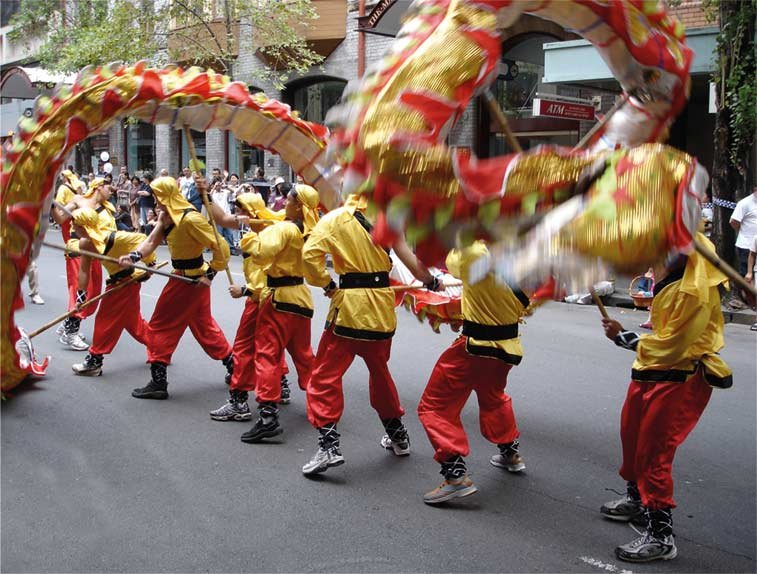 In some areas of China it's a popular custom to give oranges because in Chinese, the word "orange" sounds like "Ji", which means "good luck". People present oranges to their friends and relatives to express their respects and good wishes for the coming year.

Remember, whatever the omens portend, for better or worse, you are the final master of your own fate. These ideas are provided for your enjoyment and amusement.

Wishing you and your family a year of health and prosperity!