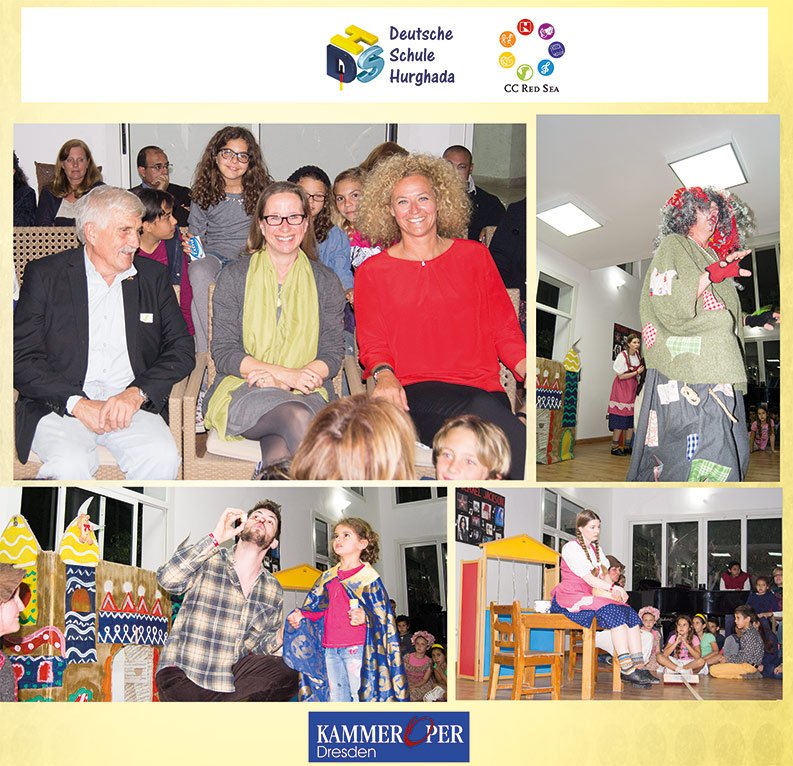 Hansel and Gretel (German: Hänsel und Gretel), performed at CC Red Sea by Kammeroper Dresden on 17th of March, is an opera by nineteenth-century German composer Engelbert Humperdinck, who described it as a fairy tale opera (Märchenoper). The libretto was written by Humperdinck's sister, Adelheid Wette, based on the Grimm brothers' fairy tale "Hansel and Gretel". The idea for the opera was proposed to Humperdinck by his sister, who approached him about writing music for songs that she had written for her children for Christmas based on "Hansel and Gretel". After several revisions, the musical sketches and the songs were turned into a full-scale opera. The opera was first performed in Hoftheater in Weimar on 23 December 1893, conducted by Richard Strauss. It has been associated with Christmas since its earliest performances and today it is still most often performed at Christmas time. Hänsel und Gretel has always been Humperdinck's most popular work. In 1923 the Royal Opera House (London) chose it for their first complete radio opera broadcast. Eight years later, it was the first opera transmitted live from the Metropolitan Opera. It remains a worldwide favorite.