The solstice heralds the beginning of summer in the Northern Hemisphere. In 2014, the solstice falls on 21st June at 6:51 A.M. EDT. The timing of the solstice depends on when the Sun reaches its farthest point north of the equator. In temperate regions, we notice that the Sun is higher in the sky throughout the day, and its rays strike Earth at a more direct angle, causing the efficient warming we call summer. Summer solstice is the day with the most hours of sunlight during the whole year. 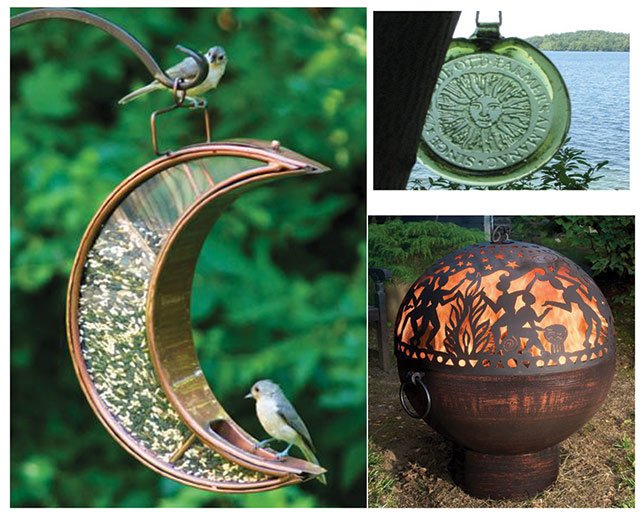 1) Light a bonfire - the solstice day was traditionally celebrated by dancing around bonfires. 2) Go fishing - lovely to get out on the water. 3) Plant a seed or a tree. Traditionally, to the farmer, the solstice is the midpoint of the growing season, halfway between planting and harvesting, and an occasion for celebration. 4) Cook outside - there's nothing as tasty as grilled food. Have a big cook-out on the solstice. 5) Camp - plan a camp-out to enjoy the great outdoors, whether it's a tent in the backyard or a cabin in the woods - enjoy the outdoors in peace. 6) Listen to songbirds - attract feathered friends to your garden with beautiful bird feeders. 7) Get pampered. Midsummer Day, near the solstice, was said to make old people look younger. It was also thought that walking barefoot in the dew would keep one's skin from getting chapped. Summer certainly does cure winter dryness. 8) Let the light in! With all this extra daylight, hang gorgeous sun catchers or decorative accents in your window or porch. 9) Read a book. Temperatures rise and lazy days ensue. Relax on the beach or the porch and read up on gardening tips, natural health, and more. 10) Watch the night sky! In ancient Egypt, the new year was celebrated when the star Sirius rose around the time of sunrise. This roughly coincided with the Summer Solstice and the annual flooding of the Nile River. Explore the night sky from your own backyard!

Why isn’t the Summer Solstice, the longest day of the year, also the hottest day of the year? Answer: Earth’s atmosphere, land, and oceans absorb part of the incoming energy from the Sun and store it, releasing it back as heat at various rates. Water is slower to heat (or cool) than air or land. At the Summer Solstice, the Northern Hemisphere receives the most energy (highest intensity) from the Sun due to the angle of sunlight and day length. However, the land and oceans are still relatively cool, due to spring’s temperatures, so the maximum heating effect on air temperature is not felt just yet. Eventually, the land, and especially oceans, will release stored heat from the Summer Solstice back into the atmosphere. This usually results in the year’s hottest temperatures appearing in late July, August, or later, depending on latitude and other factors. This effect is called “Seasonal Temperature Lag”.