Christmas Tree Worms are one of our favorite things to find when diving or snorkeling in the spirit of Christmas, here are some fast facts about these little guys. Christmas tree worms (Spirobranchus giganteus) are a type of polychaete, a group of segmented worms that contains over 13,000 species. 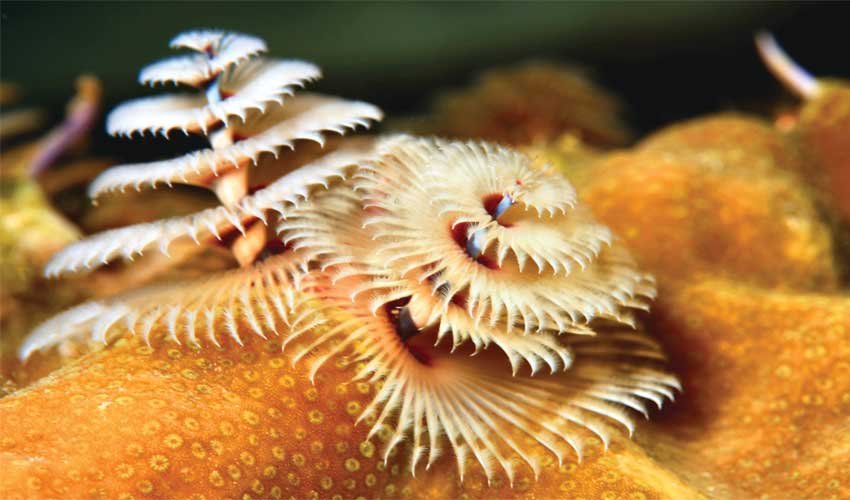 And just like their cousins the "sea mice" and feather dusters, these unassuming invertebrates put on quite the eye-catching display. The Christmas Tree Worm is a colorful marine worm with beautiful, spiraling plumes that resemble a fir tree. These animals can be a variety of colors, including red, orange, yellow, blue and white. The Christmas tree worm lives on tropical coral reefs throughout the world, in relatively shallow waters less than 100 feet deep. They seem to prefer certain coral species.
Christmas tree worm populations are thought to be stable. While they aren't harvested for food, they are popular with divers and underwater photographers and may be harvested for the aquarium trade. Potential threats to the worms include habitat loss, climate change and ocean acidification, which could affect their ability to build their calcareous tubes. The presence or absence of a healthy Christmas tree worm population can also indicate the health of the coral reef. 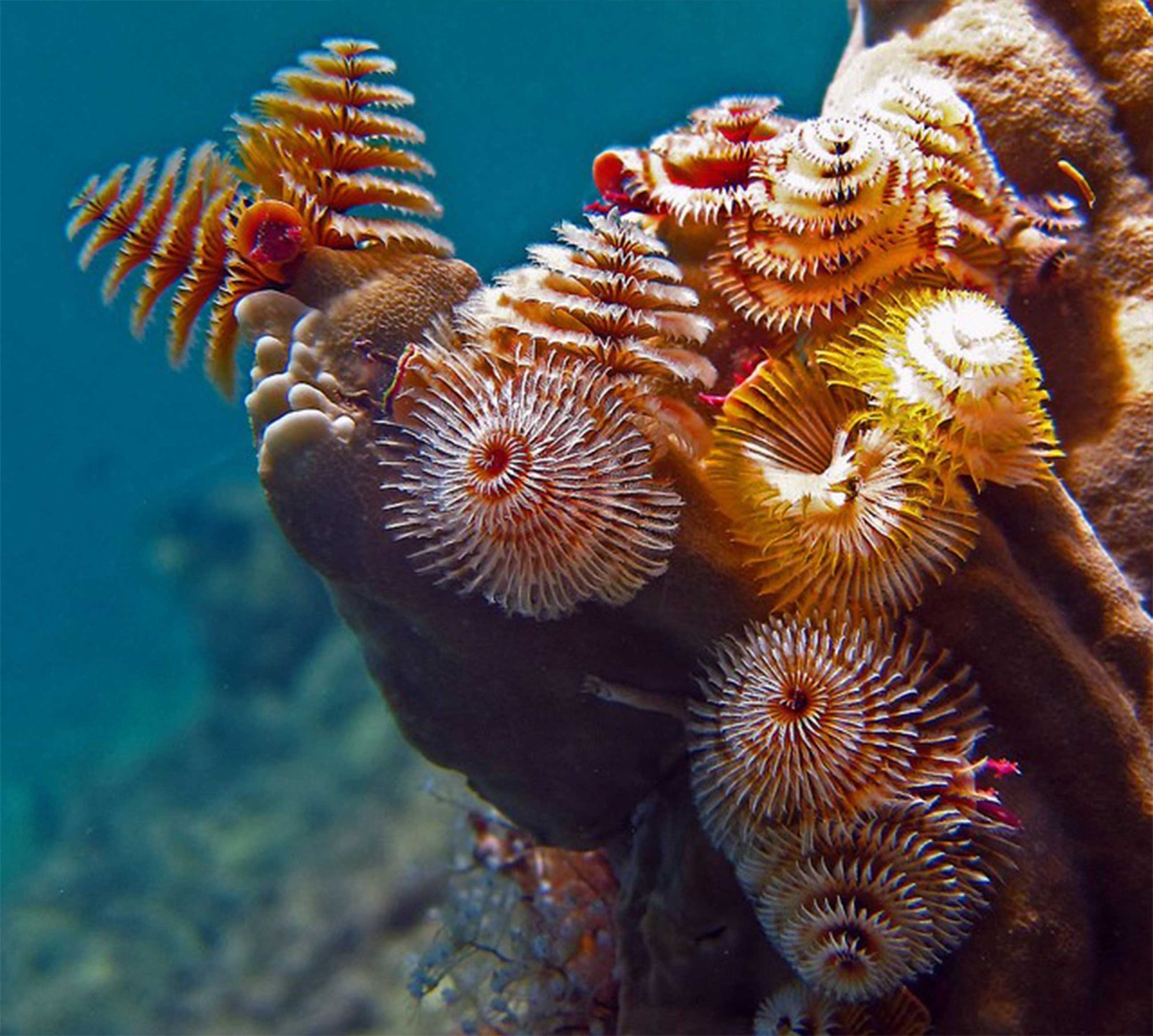 The Seuss-style plumes you see above – which come in an array of color morphs – are called "crowns", and you'll notice they appear in pairs. That's because each worm has two of them. By pumping water up and over the crowns, a Christmas tree worm can filter out tiny plants and animals to snack on. The feathery structures are lined with both sticky mucus and spiky bristles (called cilia), which help trap passing prey.

After a bit of size sifting, the worm moves any tasty morsels – conveyor-style – to the mouth, but the crowns do more than just catch food: they also harness oxygen! For this reason, the structures are often mistakenly called gills.

Underwater "pines" might be beautiful, but they're really just the tip of this worm's iceberg. Two-thirds of the body of a Spirobranchus lies hidden in a calcium carbonate tube, which it erects as a bunker.
Some groups take this one step further, by setting up shop in stony corals. But the crafty worms don't do the heavy drilling: by nestling their bodies against the corals' living tissues, they force the polyps to build around them. Over time, these coral-encased bunkers can reach ten inches in length.
Spirobranchus worms are pretty choosy about which corals they settle on, but scientists are still working out why. Some speculate that landing on carefully selected species could help the worms with reproduction. Others suggest the prickiness comes down to avoiding accidental predation (no worm wants a coral-munching parrot fish is hankering for its home turf).

4. ONLY THE CLASSICS FOR THESE WORMS

Once settled down, a Christmas tree worm can live upwards of 30 years! (Though, 10-20 is more common.)

While many invertebrates reproduce asexually, there are actually male and female Christmas tree worms. These animals are broadcast spawners, meaning they shoot their genetic contribution into the surrounding water, in the hope that it meets its match. Once fertilization occurs, it takes just 24 hours for larvae to develop.